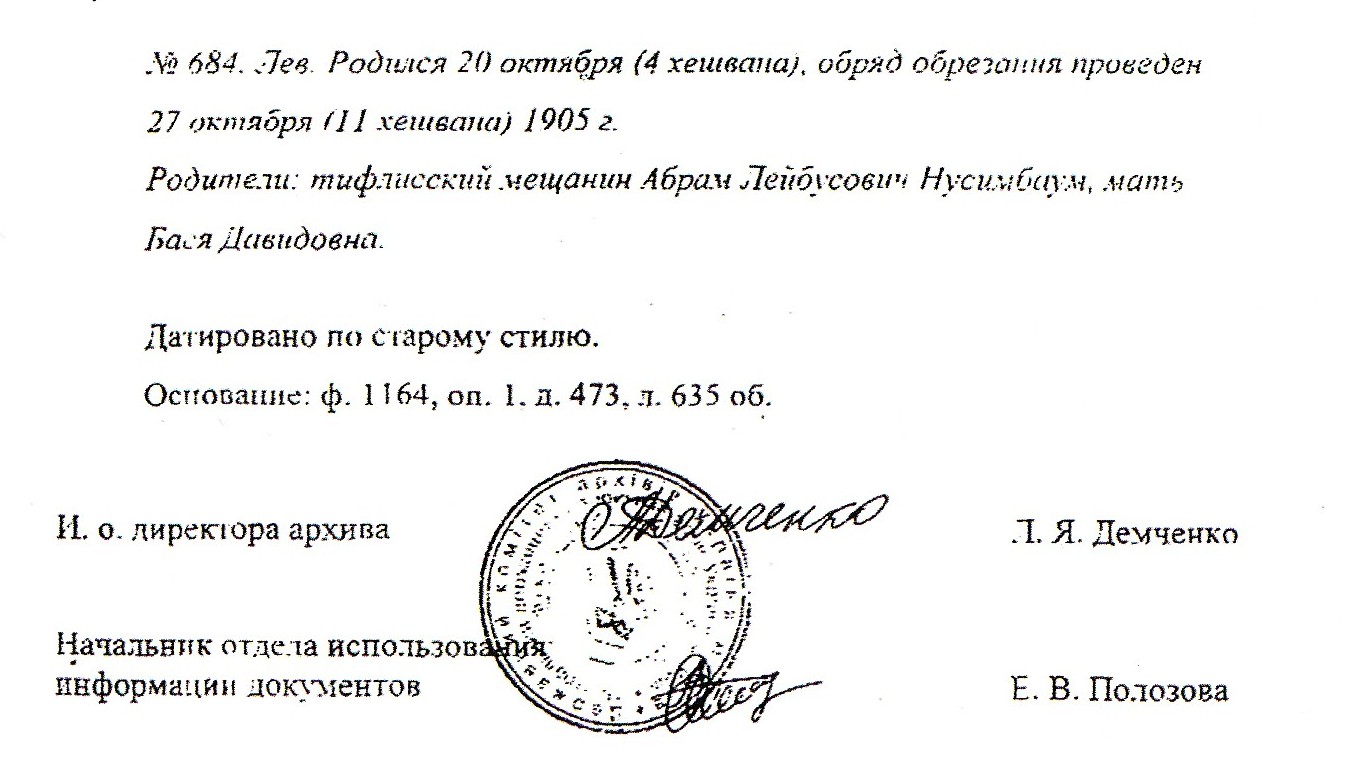 No matter if you read one thousand times about Baku as Lev’s birth place – NO, Lev Nussimbaum’s birth was registered in the synagogue of Kiev and is indicated as 20 October 1905. Back then, Kiev was part of the Russian Empire. Today, of course, it is the capital of Ukraine.

It is astonishing how in all German official documents of the 1920s and 1930s „Kiev“ is given correctly as Lev’s birth place – bureaucracy obviously can be trusthworthy.

The origin of the Baku-birthplace-blooper is not very difficult to imagine – Essad Bey himself. One could go into this at great length but let’s just resort to the Kiev-fact.

By the way, have you noticed, we are stating here only that his birth was registered in Kiev, that we are NOT saying that he was born there? Where he was born, we do not know. Perhaps in Kiev. Perhaps even during a train ride, as Essad Bey claimed himself.

Just remember, he was NOT born in Baku.

“ … The same time we will inform you that in the above mentioned register [the birth register of the Synagogue of the city of Kiev] we discovered an entry for Nusimbaum, Lev Abramovitch with the following content: